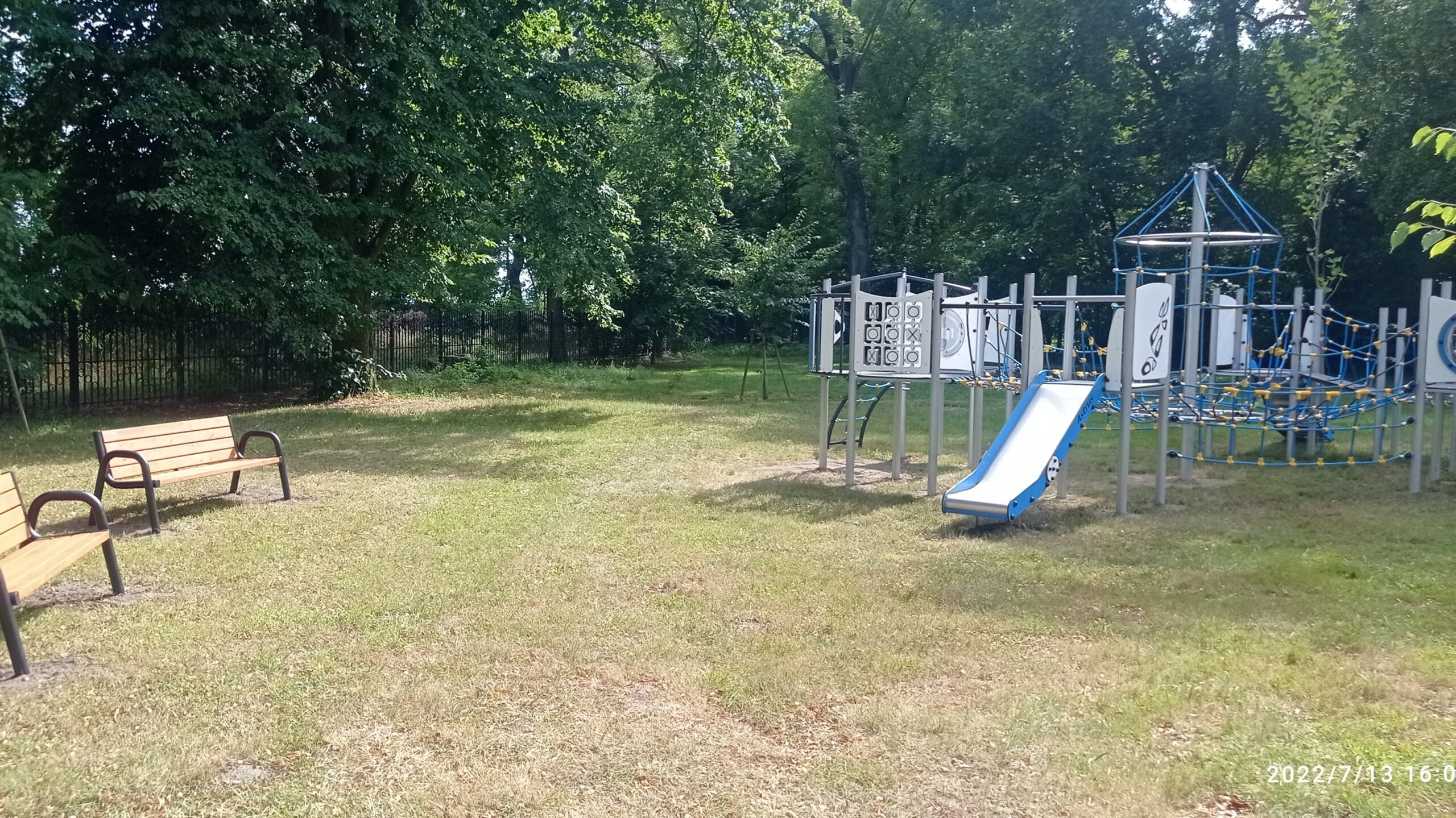 In May 2022, the Board of PACIM appropriated $15,000 from PACIM’s Dona Walicki Fund for Children to construct a playground on the grounds of Dom Dziecka (Children’s Home) w Skorogoszcz, Poland. With great pleasure and satisfaction, we learned a few days ago that the construction of it is completed and the playground can be used now by the children living in the facility.

In the last issue of POLAM, in an article titled “Zielony Dom (Green House) in Skorogoszcz” Edyta Dudek, PACIM President described her visit to the Dom Dziecka that received this year’s PACIM Dona Walicki’s Fund for Children award. She received a tour of the facility, took pictures, and interviewed its manager Mrs. Marzena Kłysz. Mrs. Kłysz described the goal of the facility as “to make sure that when our children grow up, they will become independent citizens… We care not only about their education but also offer many extracurricular activities like clubs, arts, dance, music, sports, and fishing.” We are quite sure the new playground will give the younger children plenty of extracurricular, and physical activity!

For our effort to fund and construct the playground, PACIM received also a thank you letter from the Starosta (Chief Executive) of Brzesk County, Poland where the Dom Dziecka is located.

If you wish to donate to PACIM and designate the donation for the Dom Dziecka Fund, click on Donate at the top of this page. 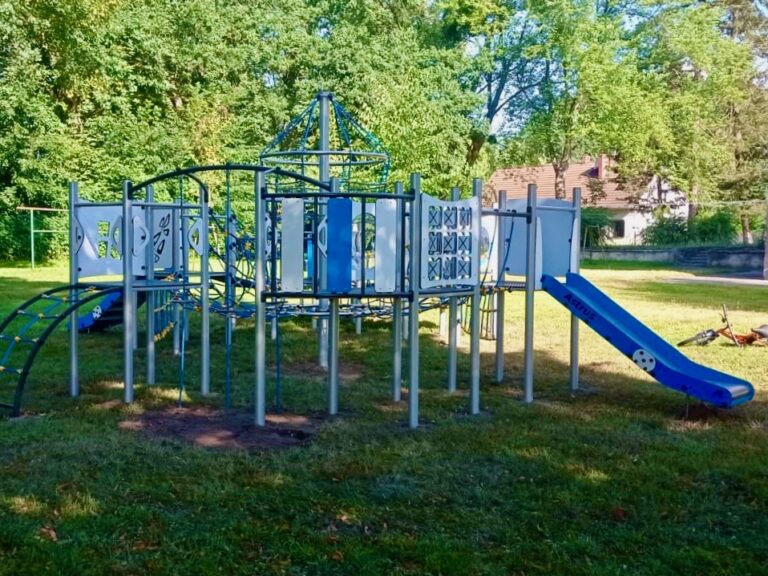 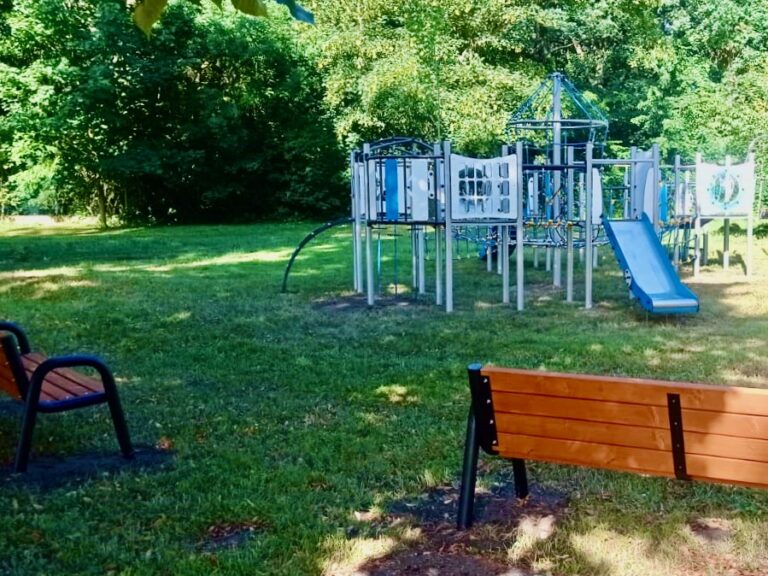 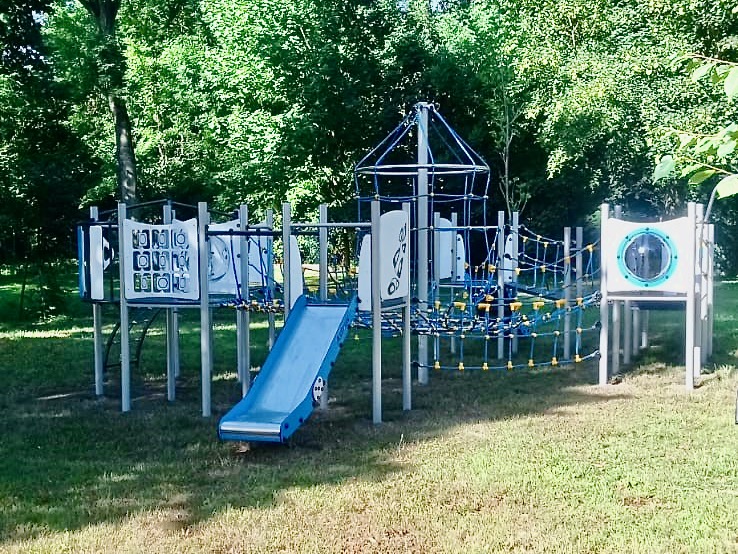 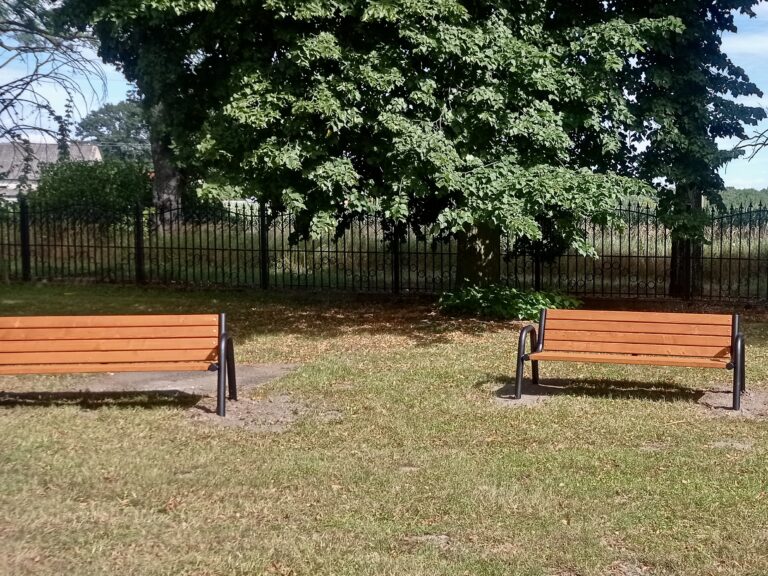 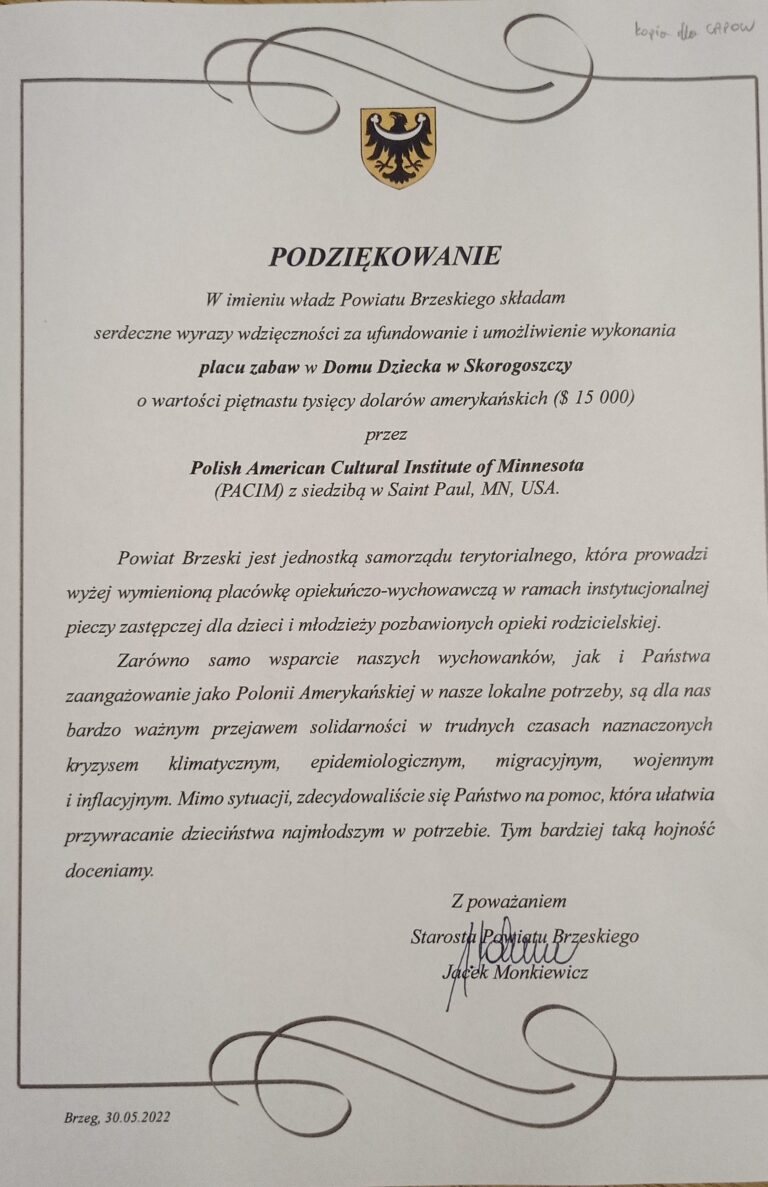 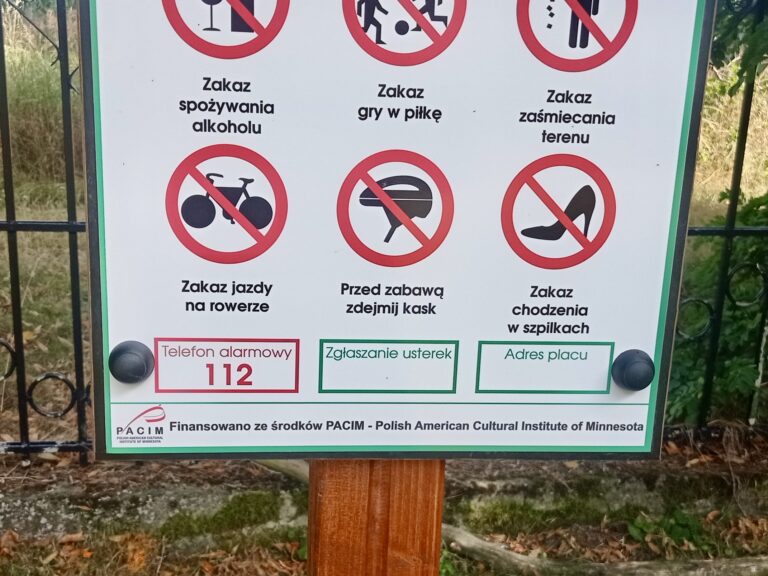