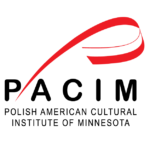 Elections will take place at PACIM’s Annual Membership Meeting on Saturday, Dec. 19 at 1 p.m. This meeting will be held online. Please check your email for the meeting invite to join the meeting. If you have not received an invite, contact us.

We are asking members to vote on accepting our 7 candidates to the board for 9 open seats. Members have three options to vote:

All ballot types were sent to members via email or mail. Please contact us if you did not receive a ballot.

Meet the PACIM Board Candidates!

John Bieniek has been a past president of PACIM.  He has devoted numerous hours to putting on events and contributing his energy and devotion to PACIM.  He is choosing to run again so that PACIM can continue and the community can benefit from this wonderful organization.  John has always celebrated his Polish heritage and wants PACIM to endure.

Mark G. Dillon, 57, has previously served as PACIM Board Secretary in 2017 and 2020. He is a third generation Polish American with extended family in Krakow, Malopolska and Podkarpackie.  His fraternal grandfather emigrated in July 1905 on the SS Kaiser Wilhelm II.

Mark writes the monthly Minnesota Voice column for the Polish American Journal newspaper and chairs the Eye of the Eagle Wladyslaw Zachariasiewicz Memorial Journalism Scholarship Committee for the American Council for Polish Culture, where he also serves as 2nd Vice President.

For a decade after getting his master’s degree in journalism from Northwestern University, Mark was a business journalist at daily newspapers including The Asbury Park Press. Mark then had a second career as a communications manager at global asset managers, including American Express Financial Advisors and Waddell & Reed.

Mark and his wife, Cecelia, have resided in Minnetonka for 17 years.

Boguslaw Kukla, 53, has never before served on PACIM Board. He is a first generation Polish American born in Upper Silesia in Poland. He earned his engineer’s degree at Silesia Institute of Technology and lived and worked in Poland until the age of 33. In 2000 he, along with his wife Aleksandra, emigrated to U.S. where their three children were born. He moved to Minnesota in June 2006, has lived in Edina and Shoreview, and for the past 4.5 years resides in Rochester.

After arriving in Minnesota, Boguslaw became involved in activities at the Polish Saturday School in Minneapolis, where his children have studied from 2006 until today. Boguslaw serves on a school board since 2007. He was a school director for 5 years (2010-2015) and currently is serving as a vice director. He is a board member of the Poland Independent Celebration Committee and the Polish Committee at Holy Cross Church. In 2016, on the occasion of the 25th anniversary of the Polish School in Minneapolis, Boguslaw was honored with a diploma of recognition for school activity by the Consulate General of the Republic of Poland in Chicago.

Monica Orfei is a first generation American with Slovak and Polish roots. She grew up in Chicagoland area and moved to Minneapolis a few years ago for work. She graduated from Purdue University with a B.S. in Mechanical Engineering and has been working the last 7 years designing construction and roadway equipment.

In her free time, she loves to travel, play sports, be outdoors and spend time with family and friends.  Monica got involved with PACIM through polish language classes and was excited to find a Polish community to keep her family’s heritage alive in her daily life. She recently got married to her now husband Nicholas Orfei and they reside in North St. Paul.

Maciej Skorupski was born in Bialystok, located in the Podlaskie Region of Poland. He moved to Minnesota in 2015 where he earned his EMT certification and began studying biochemistry.

Maciej became involved in PACIM in 2017 when he began leading a conversation group for Polish language learners. He has been serving on the PACIM board since June 2020. He also leads a Polish scouting group in the Twin Cities.

Maciej and his wife reside in South Saint Paul.

Iwona Srienc was born in Warsaw, Poland.  She came to the U.S. in 1977 after finishing Warsaw University with an M.A. in Russian Philology.  She spent one semester at the State University in Stony Brook as a visiting scholar. A teaching assistant position at the SUNY in Albany allowed her to get an M.A. in Russian Linguistics, and in 1981 she was accepted to a doctorate program at UCLA in with the Slavic Literature and Languages Department. Iwona received her Ph.D in Slavic linguistics in 1991.

Iwona and her husband moved to Minnesota in 1985 where her husband got a faculty position at the U of M in the Chemical Engineering Department.  She has worked as a consecutive and simultaneous interpreter since 1982.  She was an active PTA volunteer at her children’s schools and was a substitute teacher for several years.  From 2008 until 2020 Iwona was teaching Polish at PACIM and from 2017 until 2020 was on its board.

Iwona and Friedrich have 4 adult children and 3 grandchildren.  They have been residing in Lake Elmo since 1986.

Michal D. Wojtak has been serving since 2012 as Vice Coordinator and since 2016 as Director of the Adam Mickiewicz Polish Saturday School in Minneapolis. Michal immigrated with his wife, Dorota, to the United States in 2003. He first moved to Chicago and then to Minneapolis in 2011.

Originally from Raciborz in the Silesia region in Poland, Michal has both silesiain and highlinder’s roots from the Podhale area near Babia Gora. Michal has 24 years of experience in the architectural and construction industries. Michal earned his master’s degree in architecture and city planning from the Silesian Institute of Technology in Gliwice, and he began working as an architect in 1997. In 2006 Michal joined Mortenson and quickly became a leader in the development of new processes and fostering collaboration through virtual design and construction (VDC). He has led VDC efforts on several high-profile projects for Mortenson, including the Sprint Center in Kansas City, Missouri; U.S. Bank Stadium in Minneapolis; Chase Center in San Francisco; and the Las Vegas Stadium in Las Vegas, among many others.

Michal and Dorota have four children who have attended Polish School since 2011. They reside in Plymouth.